英语【英语练习贴005】 Tell me one time you worked with someone you felt wasn't good at communicating? 【英语练习俱乐部】 Please write down your real experience that how you communicated with someone who you felt wasn't good at communicating and made the work done.

When you answer this question, please use STAR method.

So there was a time I was working as the tech lead of the team, and my responsibilities include assigning tasks to the team members. One of my crew is a backend engineer, he was also recognized as the CTO's pupil, so people might feel delicate working with him.

Anyway, I assigned a very simple task to him. The idea was I would assign easy tasks at the beginning, and only assign more complicated tasks after he proved he could handle assigned tasks very well. I asked him to create an API for the front end to pull some data from DB, I told him exactly what the API would be like, and even which file to code with, finally I asked him to format code using the team standard.

I went to check his progress after a while, and asked him how is it going? He showed what he had done, and it looked a mess to me. He said he wasn't happy about my assignment, he wanted more interesting and challenging tasks, so he left the assignment partialy done and wouldn't touch it again. I wished I could have a talk with him but he refused.

I got no choice but gathered him and also the supervisor and had a conference discussing how we can fix this. It didn't go so well, he charged me for assigning non-interesting tasks, and put too many rules on it. The supervisor was on my side, he said this is good and caring for you .

We didn't figure out any solution on it because he actually already made up his mind to hop at that time, so he was very negative about work. Personally I felt relief when he quitted because I had a good time the rest of the team but him.

This happened 4 years ago, I still have a tough time handling people like this now.

Wow, I am exactly likely to the crew you described who needs challenging and interesting tasks in work. But I never leave work a mess even though I think it's boring and meaningless. Maybe work is birth to be boring. Lol.

is born to be.
It's good of you to take care of tedious jobs.

Thank you for correcting my mistakes. My VPN failed so I couldn't check errors with Grammarly.

Great story. My question is what will you do if you met another person like him?
"He was also recognized as the CTO's pupil" this expression is not acceptable. You can say "most teammates feel difficult to work with him".

I am not sure whether you use agile development. if yes, you should create stories for projects. then you can ask him to choose a story and evaluate time, Then you can track his process and result. Respect his thought, and give him the opportunity to prove himself. Of course, the result may be the same.

The title reminds me of a man who I worked with in my last company. He is careless and always does his thing without caring about other colleagues' job. One day I was testing a requirement in the test environment shared with all developers. But he changed my code and didn't inform me of updating the app. So I always got the wrong result with my code I thought it was correct. The weird result confused me for a whole afternoon until I asked my group. Then he confessed and said he forgot to tell me. At that time I was so angry and want to kick his ass.

Once bitten, twice shy. Since then everyone remembered to ask him whether changed the code when they were going to use the test environment. But this is only one fault of his in the company. You should take high attention when you need to cooperate with him. Our leader tried to have a conference about solving his problem. At last, he resigned.

“He is careless” - I think you want to express the man is self-centered or self-involved,. Careless means "不小心， 马虎的"。

Two years ago, I was a team leader of the front-end developers. I was there to take over someone's management. I was responsible for work assignments.

One of the members seemed to be nice at first. Now I temporarily call him Z. We talked a lot, and he told me a lot of things about the team. He told me that he came from a top-level university. His classmates all worked at famous companies.

At that time Z was in charge of a separate project with another person. One day, another person found me and complained to me about Z. She said Z's progress was too slow, she not only did her work, and had to help Z, and she felt exhausted.

I looked into this and had a conversation with Z immediately about the work. Z admitted him not doing well, and he felt embarrassed to tell me. I told him if there is any difficulty at work, it should be raised in time, otherwise, the consequences would be more serious.

After this incident, I re-evaluated everyone's ability to make sure it would never happen again.

Several years ago, I join the team about class tools. The leader let me teach the new partner, and we had been conducting product requirements meetings before he came to join our team. My leader assigned the tasks to him, and he says that if he had not conducted product requirements meetings, he could not be doing this task. So I feel he is a man of character, but he wasn’t good at communicating. it is too difficult to change his mind. after that, I assign an independent task to him, he could finish well. I think everybody has an independent t personality, I must respect these people on our team.

For the result, I would like to know does Z works well later, and what did you do to help him work well?

After "this incident, I re-evaluated everyone's ability to make sure it would never happen again."

I wish this story had a good ending. But, to be honest, he finally got fired, not because of his ability. It was his attitude, he often came late and didn't ask for leave or explain the situation. I tried to help him but there was nothing I could do.

Attitude is more important than work experience or skills, that's why there are behavioral interview questions for a job interview.

I remember a time communicating with my colleague, it was a tiny thing but made me feel impressed. He found that a piece of code was not acceptable, and he showed it to me, said don't do that without any other word. It was sudden, I was confused and didn't know his meaning or what to do. I asked him where's the problem, what do you want me to do? He said, "I don't know". So I was confused by that. After searching for related information and finding what the point was then I finished fixing that problem. I still don't know why he didn't speak more and point to the specific incorrect place.

This little thing makes me think a lot, am I difficult to get along with so he doesn't like to talk more? Or is that the way he communicates with other people, I don't know, but for me, this way absolutely cannot make sense.

In my opinion, communication is a way to convey information, it requires preparation and precision. If we need to guess the meaning of the people we're talking can waste both our time. In addition, because using an instant message application, is not like face-to-face, we cannot rely on gestures and tone, it has a higher requirement on our literal ability, it is essential to practice, to be more accurate, and make the message simple but easy to comprehend.

I think that's what I learned from this lesson.

As you describe a story that happened in past time, you should use past tense.
I join the team about class tool 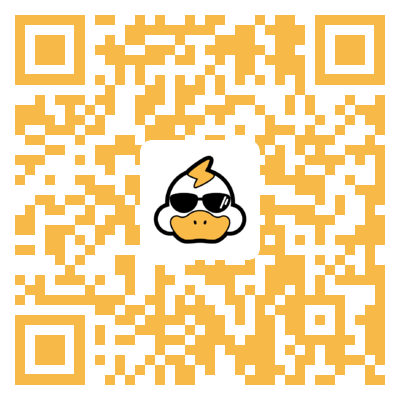